“The time has come,” the Walrus said,
“To talk of many things:
Of shoes–and ships–and sealing-wax–
Of cabbages–and kings–
And why the sea is boiling hot–
And whether pigs have wings”

Through the Looking-Glass; Lewis Carroll 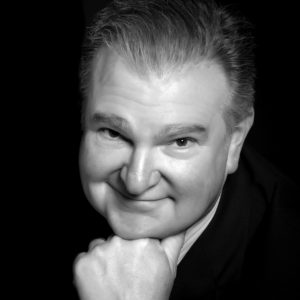 THE YEAR WAS 1969; Nixon was in the White House, Man was on the Moon, and the Beatles were in the process of breaking up.  The Stones played Altamont in December of ’69, and the decade of Peace & Love came to a close. Thanks to my childhood best friend Greg Paxton, I was introduced to the Beatles and Johnny Cash.  Before long, Chuck Berry and The Rolling Stones were in the rotation.  My first electric guitar and amp (Teisco del Rey’s!) soon followed, creating a lifelong passion for the guitar and music of all kinds…

A keen interest in WWII history and aviation and a sheepskin from SDSU segued into a career in aviation finance and later aviation sales. After 25 years in corporate aviation, a new direction was beckoning.  I became interested in and began researching what is one of the most overlooked components of the tone we all chase: instrument and speaker cables.  And from that journey, Cutthroat Audio was launched in 2015.  Next, came a personal project: a Fender 6G3 Brown Deluxe build that was the inspiration for the Down Brownie, which has since spawned several new amp designs.

So what’s with the edgy name?  Well, after moving to beautiful Coeur d’Alene, Idaho in 2005, it wasn’t long before I developed another passion known as fly fishing.  Our state fish is the beautiful native Cutthroat Trout, hence the name.  And our colorful cable names are derived from popular fly patterns.  “Cutty”, our mascot, is prominently featured  on our coat of arms logo.  A trout playing a Les Paul?…maybe when pigs fly!

MISSION STATEMENT   Our mission here at Cutthroat Audio is simple: To provide musicians and players with high quality amplifier, speaker cab and cable products that deliver a discernible purity of tone and exceptional value for your gear dollar.